3 Tips from a “Gunny” on the Importance of Team Building 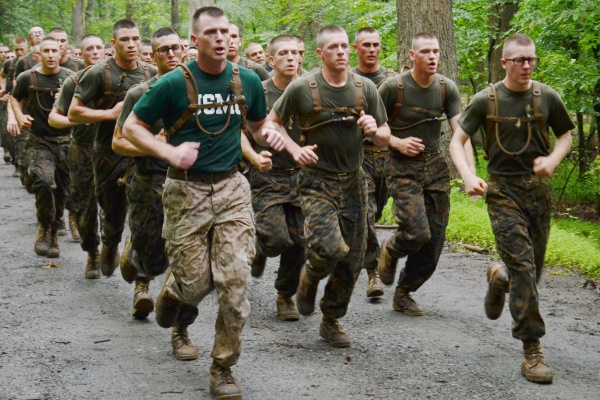 You can witness the importance of team building by observing Clint Eastwood’s character in the movie Heartbreak Ridge. Whether your goal is to improve your team’s experience, achieve better results, or both, team building is a critical skill for any leader.

Everyone wants to be a part of something greater, so it’s important that as the team leader you leverage everyone’s efforts, which starts by uniting others toward a common cause.

When USMC Gunnery Sergeant Thomas Highway arrives on base, he is assigned a reconnaissance platoon that he is expected to shape up. Highway, a combat veteran, is at the end of his career. Should he be called to combat again, he intends to have this ill prepared team ready.

His predecessor let them slack off for too long, so Gunnery Sergeant Highway hardly views his platoon as a Marine unit. They have no idea what it means to work together. Conversely, the platoon members find Highway’s techniques unwelcome and crude.

Highway penalizes the platoon every morning at physical fitness training when they are not in the same uniform. After they finally get together and show up in the same clothes, he further aggravates them because they not wearing the same uniform as he is and punishes them anyway.

This last act finally unites the personalities. They decide to correct this once and for all. When the platoon discovers their answer lies with Highway’s landlord, they find a willing ally.

The next morning, the platoon is not only in the same uniform, but they are wearing the same clothes as Highway. He attributes it to luck. When it happens consistently, Highway has what he wanted: a Marine platoon that is working together!

The team continues to gel and before you know it, Highway’s platoon gets called to combat in Grenada where they perform like a typical, well-functioning Marine unit.

In 1965, Bruce Tuckman proposed four stages of group development that are necessary for a team to grow, face adversity, tackle problems, and deliver results.

USMC Gunnery Sergeant Thomas Highway provided his platoon a shared goal, a common purpose. At first, the platoon sees Highway as the obstacle they must be overcome.

In time, they realize that he is transforming them from a loose collection of individuals into a real team, one that is communicating and collaborating with one another.

Finally, when they get to combat in Grenada, they discover that they are, in fact, part of something much greater, a fully performing combat platoon.

In the end, the platoon realizes their Gunny Sergeants’ message is on the importance of team building.

Eventually, when they acknowledge why they joined your organization, because they want to be a part of this culture and live its values, they discover that their resentfulness transforms into respect and admiration for you, their leader.

But when the leader leads, teams are engaged and

They find their work very rewarding!

It all starts with your ability to communicate.