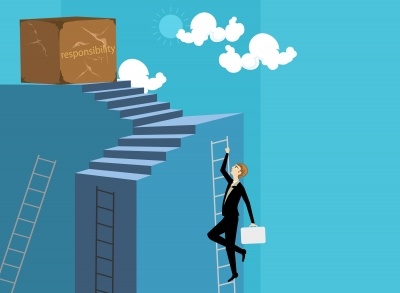 Throughout my career, the Army’s leadership values served as our guide.

Values are essential because they define your culture. They attract people who want to be a part of your cause (recruiting), and when they are lived, they provide inspired employees an environment in which they prefer to operate (retention), indefinitely.


This is the 2nd in my 7-part series exploring the Army leadership values, represented by the acronym LDRSHIP.

Typically, the Army headquarters identifies and assigns soldiers to a unit. However, in my last assignment while serving as an ROTC battalion commander, I had the opportunity to find and hire a staff member.

Prior to my arrival, an officer who had worked in my battalion was sent to Iraq. Understandably, my boss wanted him to return to my university, but our host had to approve staff hires and they did not agree to his return.

In the meantime, I interviewed another officer and received approval. After serving well as the recruiting officer in another local battalion, I hired Nina with the intent that she would fill our similar, soon to be vacant position. Nina arrived at the end of my first school year.

My boss thought that I had undermined his efforts and made his displeasure clear, an uninviting setting for any new employee. When assignments came out for those who would spend the summer at the National Advanced Camp at Ft. Lewis, WA, Nina was on the list. I felt this was retribution for my choice to hire her, but there wasn’t much I could do.

Nina was the primary caregiver for a child with Asperger’s syndrome and I was concerned that the summer away from home would put too much strain on her ability to take care of her son. Worse, I felt that the sudden announcement would not provide her enough time to make arrangements.

To my surprise, Nina handled the situation much better than I could have imagined. She coordinated travel, care, and living arrangements.

By the end of the summer, my boss had witnessed her performance and became aware of everything she had done to care for her son. Gradually, he relented and softened his position, eventually commenting that he was impressed with her sense of duty.

It’s important that everyone in your organization live your values.  And when you witness a colleague exemplifying the true spirit, you want to root for them because they are upholding the traditions of your culture.

For even the staunchest critics, it’s almost impossible to not want to see those living your company values succeed.

Throughout my 20 years of service, I can’t think of a better example of a soldier fulfilling his or her personal and professional obligations better than Nina.