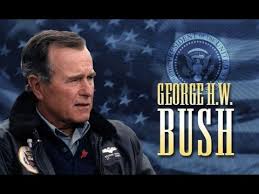 Integrity is one of the core leadership values the Army identified that should guide our actions.

After months of buildup, overwhelming success, and in my mind coming within striking distance of eradicating an evil condemned by the United Nations, our Commander-in-Chief declared an end to the 1991 Iraq War.

Confident that I was the type of leader who did what was right, I learned a humbling lesson about integrity that day. 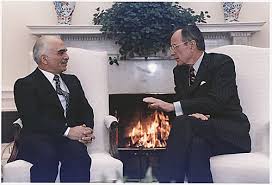 This is the sixth in my 7-part series exploring the Army leadership values, represented by the acronym LDRSHIP.

August 2, 1990 was my last day at Fort Campbell, KY. I had spent the past two years in my most enjoyable Army role yet as the commander of a unit who maintained and operated helicopters within the 101st Airborne Division, and I was on my way to my next assignment

At breakfast, we watched the morning news to discover that Saddam Hussein had invaded and occupied Kuwait. By far, this was the most significant world event to occur during my short time in the Army.

As I departed the base, I felt very much alone. My thoughts were entirely on the 50 men with whom I had served during the past two years, and I wondered what would happen to them.

I learned the answer seven days later when it was announced that those scheduled to rotate (regular arrivals and departures as I had done the week before) had their orders rescinded. No more departures.

Everyone currently within the division would stay and soon deploy to Saudi Arabia. As the unit commander, I was responsible for their training, growth, and development for the past two years.

I had spent the past 7 years in Army Aviation assignments, enjoying the best part of my career flying helicopters. Now, I was in graduate school to earn my masters degree in computer science, because the “needs of the Army” dictated that was where I would serve our nation best.

There was a distinct change in the computer world between the time I finished college and started graduate school.  Most significant, students weren’t using punch card or mainframe computers like when I started. They were using personal computers and I felt like a fish out of water. Now, at graduate school and in the civilian world, I missed my men and I really felt alone.

In the meantime, the George H.W. Bush Administration built an impressive coalition of 40 countries opposing Saddam, including 38 who sent soldiers to the Gulf, and two more that provided financial support. Surely, this was an international matter where the worldwide community would do the right thing; a matter of integrity.

Throughout my first semester, I did my best to keep tabs on my men while surviving my new environment. They were safe, but waiting to see how Saddam and world leaders would respond.

February 24 – the order to begin the ground war. After only 100 hours, President Bush declared a cease-fire. He chose to stop perhaps the most successful military operation in history and allow Saddam to remain in power. I couldn’t believe it.

After everything my colleagues had endured and a worldwide cost of more than $60 billion, many criticized President Bush for his decision to stop. At the time, I was one of them.

As a young captain, his decision served as a brilliant example, helping me realize the need to live our leadership values in a more meaningful way.