What is your definition of leadership?

A Military Definition of Leadership:

“An Army leader is anyone who by virtue of assumed role or assigned responsibility inspires and influences people to accomplish organizational goals. Army leaders motivate people both inside and outside the chain of command to pursue actions, focus thinking, and shape decisions for the greater good of the organization.”- FM 6-22

Learning to lead is easiest when you have a great example to follow. 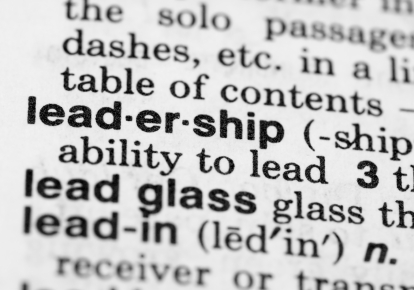 Mike Pulliam was my first battalion commander who proved to be a great role model. His example demonstrated to us what makes a good leader. He exhibited many leadership traits and lived our corporate values of Loyalty, Duty, Respect, Selfless Service, Honor, Integrity, Personal Courage (L-D-R-S-H-I-P) … and more.

Mike appreciated the importance of people and it showed. Despite his seemingly overwhelming responsibilities and the constant personnel turnover involved with one year rotating assignments, he made the effort to learn our names and something about each one of us. His interest was genuine, and as a consequence of how he treated us, his soldiers would follow him anywhere.

Mike was in charge of a battalion of 600+ soldiers dispersed within 4 companies that were geographically hours apart. As part of one company of about 150 people, I felt I “knew” most of the members of my unit. Shortly after departing this unit to work directly on Mike’s staff, we were visiting my old company and he was greeting people as we walked — by name, every one of them. He was genuinely interested in how they were and I was embarrassed that he knew more about the people in my old unit than I did, and I had seen them daily for the last ten months!

Mike did this in each of the four units we visited, causing me to wonder how it was possible he could know the names of 600 people, especially when 50 or more would leave each month only to be replaced by 50 new faces. When I had the opportunity to ask him his secret remembering names, I learned perhaps the most valuable lesson of my career. He told me it was as simple as consciously remembered something about each person. After a while, it just came to him naturally.

Mike demonstrated that when leaders make an effort to know someone’s name and care enough to learn about them as individuals, people appreciate the genuine interest and they will respond with added effort. Mike helped me form my definition of leadership.

What Makes a Good Leader

A good leader provides the team value in so many ways. When you are in their presence, you strive to do your best, and Mike’s example demonstrated the leadership traits that became part of my definition of leadership.

Leadership can be learned. It is a journey, but it is worth every bit of effort if you can inspire others the way Mike did. As you proceed on your journey, find good examples of how to be a leader that will help you develop your own, increasingly effective leadership style.