How to Improve Your Team Building Skills 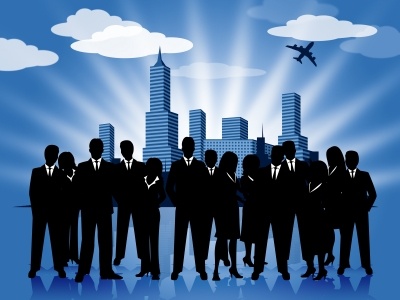 In today’s competitive workplace, you need a strong team to succeed. Strong teams require team players, but there are times when employee conflict undermines your effort. Leaders must develop the team building skills to overcome these challenges and build a strong team anyway.

Teamwork in the Workplace

When I was a Major serving as the Battalion Operations Officer, I had several junior officers reporting to me. One afternoon, Mike came to my office and asked to speak with me.

Me: Mike, have you spoken to Danny about this?

Me: Well then, why would you think I should get involved? Is Danny even aware? And, do you think it’s fair that you came to me first, without giving him the opportunity to respond?

Me: OK, then I’ll pretend like you didn’t come in here while you make every effort to work this out with Danny first. Then, if and only if the two of you can’t agree, I’ll get involved. OK? And Mike, make sure that you always try this approach first.

One of the biggest mistakes a young leader can make is feeling the need to referee. The moment that happens, you set expectations that you are there to intervene on every disagreement.  Worse, you’ll be contributing to a never-ending cycle while you undermine an important part of the team building process.


Several years later, I was in command of the ROTC battalion that served the students at Northeastern University and Boston College.   Our purpose was leadership development, and we exposed our cadets to a variety of scenarios that would highlight team building.

In one scenario, our cadets learned how to work together via our battalion command and staff meeting, a building block that would serve them throughout their career. The cadet staff mirrored our cadre meetings, which included cadets in parallel positions representing personnel, logistics, training, and operations.

Each cadet worked with their cadre advisor to guide them in their respective roles. Once a month, the cadets would run a smaller version of our weekly meetings, where they focused on their planning progress for scheduled events that semester.

On one particular occasion, the cadets were taking turns giving updates. When it was Jon’s turn to present his information, he did not have answers for his assigned area of responsibility. When I asked why not, his response was that one of his peers didn’t provide him the information he needed.

Calling a colleague out in public simply was not helpful to teamwork, nor a part of our culture. This was neither the time nor the place to share his perceived challenge, so I gave our cadets the same lesson I gave Mike a few years before.

The irony: While not obvious to our cadets, we knew who was and wasn’t pulling their weight.

The point: As a leader, you have more pressing issues that need your attention. If you allow yourself to get pulled in, you’ll exhaust yourself mediating day-to-day squabbles.

I share the details of this story in my May 2016 book, Unleash Your Values: How to Lead and Succeed in Business Today… A Helicopter Pilot’s Spin on Developing the Leader in You, available by the end of this month.