I Couldn’t Go to My Sister’s Wedding: Learning How to Delegate Authority 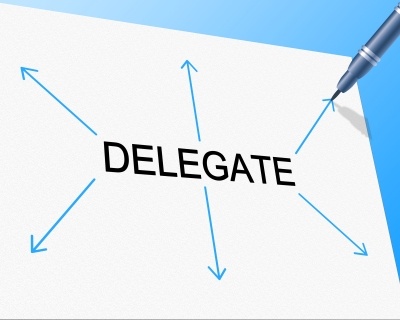 Early in my career, I had just been promoted to Captain and I was serving my second Army Aviation assignment in the Republic of Korea, typically, a one-year tour. Our new commander arrived and told me that I couldn’t go to my sister’s wedding. That’s when I learned how to delegate authority!

Discovering How to Delegate Authority

Shortly after I arrived at the 201st Aviation Company in Korea, a 150-member organization, the operations officer slot opened up after I had been there only a few months. Unfortunately, there was a senior captain ahead of me, so he got the job. As luck would have it, he was scheduled to rotate soon, so I had another shot.

In my case, however, before our new commander arrived and I had to commit and extend my tour several months in order to be assigned this choice position. I readily agreed.

If you factored in soldiers who extended their stay beyond 12 months, this meant we had a monthly turnover rate of about 7%, or 85% annually; a statistic that would cripple most organizations.

Not long after his arrival, the new commander called me into his office for our first meeting, which included discussing my vacation request that his predecessor had approved. I was supposed to go home to my sister’s wedding back in the States.

He pointed out that this was only a few weeks before our annual organizational evaluation. Then, he informed me that he felt it was too important to have the operations officer away this close to a key event.

It was my sister’s wedding!

Needless to say, I was not happy when I walked out of his office. Fortunately, I had some time to change his mind.

The two operations officers before me handled flight scheduling personally. After I did this for a short time, I felt that I had grasped all of the nuances and intricacies involved, so I decided I’d delegate this authority to one of my very capable officers.

This was a light bulb moment for me.

I discovered that if I could let go of a role so coveted, I could learn how to delegate authority any time there was someone who willing and able to take the reins.

I discovered my leadership style, which was to delegate authority whenever possible…

transforming how I would lead throughout my career!

During the next several weeks, I spent a great deal of time working with my key leaders, grooming them to take ownership of several areas while upheld the Army axiom: you can delegate authority, but not responsibility.


Like my predecessors, we were senior members in the unit who outranked the platoon leaders, the officers who would inevitably go to bat and get more flying hours for their aircrews.

Once I delegated authority to my new flight scheduling officer, Tom Sylvia, this was no longer the case.   The platoon leaders “outranked” him.  But, Tom was a sharp officer and pilot, more than capable of handling flight scheduling equitably. This was a hurdle, but only for a short while.

As I stated before, this was a light bulb moment for me. I was grooming my leaders for that “potential” event where I might be absent!

Perhaps my commander, Dave Kristick, had this in mind all along.  In the end, my key leaders were able to handle everything during what I recall was a short, but very fun trip to attend my sister’s wedding!  And, because of Dave, I learned the how to delegate more effectively.

For more information on how to delegate authority, check out this HBR article or be sure to read my book, Unleash Your Values.