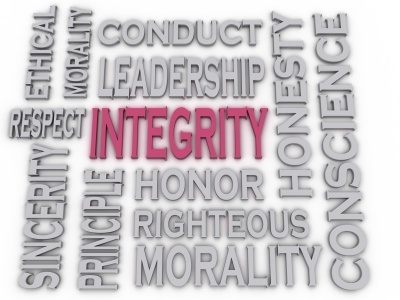 Last week, I posted this blog on leadership qualities after I listened to a recent Republican Presidential Debate.

This past week, I read a couple of articles listing bad boss behaviors, and the one defined as the worst, erratic behavior, reminded me of the story of the emperor and his regent.

In light of recent politics and some continual switching of position, I want to share the light-hearted message from this story.

The Emperor and His Regent

Try as I might, I thought I’d find this story that I heard early on in my leadership development training. I could not, so here’s my best memory:

There once was an emperor who called his regent and suggested that they divide the leadership responsibilities of the kingdom. The emperor decided that he would be responsible for administering the rewards, while the regent would take care of the punishments.

As time passed, the emperor realized that the people were growing fonder of the regent and he became very jealous. He called his regent and suggested that it was time to switch roles. Now, the regent would give out the rewards, while the emperor would dispense the punishments.

This caused th epeople to love the regent more, but the change in the emperor’s behavior upset the people so much that they revolted, carried the emperor away, and had him beheaded.

Leadership Message: You’ll be more effective as a leader if you move from a position of more discipline to less, not the other way around.

Last week, I suggested that it is OK to change your position, but be clear on your principles first. The story of the emperor and the articles on bad boss behaviors highlight the effect leaders have on their people.

Companies attract the right employees when they define and live their values. When this happens, they create an atmosphere in which employees can pursue their passion.

In turn, when employees feel safe within an environment that allows them to live their values, the membership creates a culture that attracts those with similar values.

Ultimately, the people of any organization define its culture, but leaders shape the culture, and they do so by the leadership qualities they live and exemplify.

Flip-flopping on important issues is erratic, NOT one of the good character traits you’ll want to demonstrate to earn confidence and build trust from your people.