Why is Character Development So Important for Leadership ? 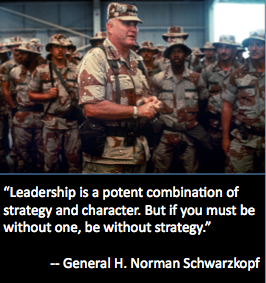 Perhaps most important for positive character development, your personal and professional values must align with your organization.

Leadership has enough challenges as it is…

no need to make it unnecessarily complicated by attempting to lead in an environment where you are not committed to your organization’s values and beliefs.

Think about it… if you are on the wrong playing field, you won’t be able to put your best foot forward. This is a disservice to you, and those you should be serving.

Imagine trying to be good at something when your heart is elsewhere. You love soccer, but instead sign up to play football because that sport attracts the most spectators.

Beliefs matter because they represent your convictions, and values represent your deepest beliefs. Since this applies to organizations as well, it is critical that you are aligned.

The company vision and values that attracted you during the recruiting process attracted like-minded people as well. When everyone signed on, there was an expectation that you’d be spending your time in an environment where you would be comfortable with others who shared the same core values.

Unfortunately, not every company creates this environment because as a culture, they fail to live the values that attracted the very people they wanted, people who would be willing to give it their all if only they could work in their preferred environment.

When an organization fails to uphold the values that attracted employees during the recruiting process, retention suffers. Quite often, they lose their best and most passionate employees first.

Consequently, this is why we see regular reports about a lack of employee engagement in today’s workforce.

When I entered the Army, we were taught the 4 Cs of Leadership: Courage, Candor, Competence, and Commitment and the BE-KNOW-DO philosophy of individual leadership development.

My way of looking at these traits was to connect them:

One Saturday early in my Army career, I faced a situation in which I needed to take action. I simply did not know what to do. Fortunately, CW3 Jon Welda offered me the advice I needed, but I was extremely uncomfortable because it meant I needed to take my Sergeant (SGT) in for a Drug and Alcohol test for violating our “12-hour, bottle to throttle” rule before flying.

When I hesitated, Mr. Welda persisted. I knew he was right, but I was younger than everyone involved in this story, including SGT X, and I was concerned what others would think of me for holding him accountable.

The short version of this story is that I took SGT X in, our jeep broke down, and perhaps because of the delay, his test results came back negative. Talk about character development!

A Test of Character

While I was concerned about SGT X’s fate, to be fair, I was also concerned about everyone’s reaction. After I shared my version of events with my commander on Monday morning, I was relieved by my boss’s response, I’ll never forget it:

Major Vivolo: “Tom, I just tickled pink that you had the gumption to take him in.”

Next, I went behind closed doors with Sergeant First Class (SFC) Watson. (SGT X reported to SFC Watson, and SFC Watson reported to me). At first, SFC Watson started by saying he didn’t like what I did, but agreed it was the right thing and indicated that I had his support. Again, relief.

A Lesson in Leadership Character

That experience taught me how important it was to be aligned with your organization’s values.

all communicated the same thing:

If I expected to serve as a leader in their Army, the organization whose values and beliefs they were committed to, they expected me to do my part, younger, less experienced, or otherwise.

Ultimately, any response you receive is a reflection of the values and beliefs of the person(s) who either praise or disapprove of what you do. I was very fortunate that these three men reaffirmed that my actions were consistent with what was expected in the Army culture.

Imagine what would have happened if I did NOT take SGT X in for that Drug & Alcohol test:

As part of developing your leadership character, make sure your personal and professional values align and be sure that you are on the right playing field first.